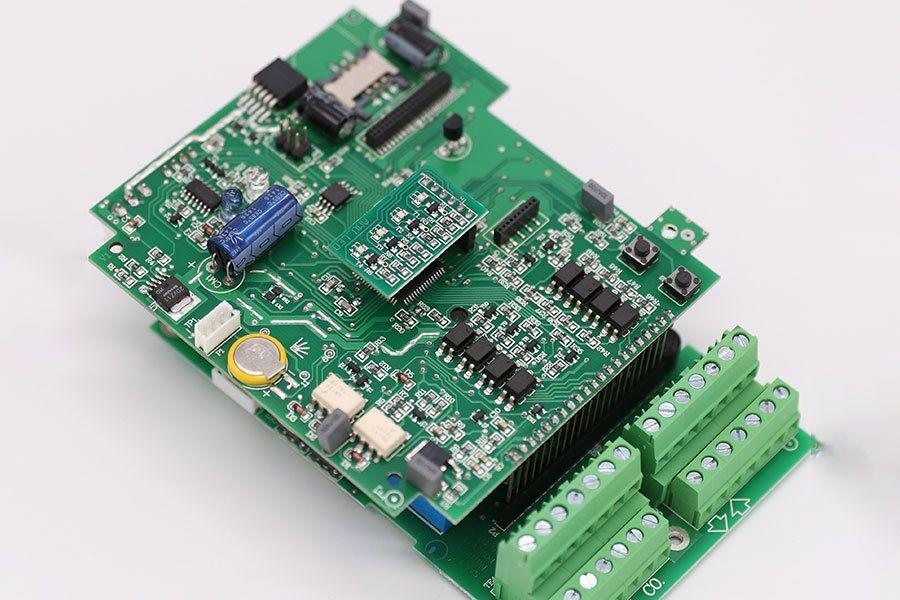 Early electronic devices, electronic and electromechanical components, and devices are mounted on a chassis made of sheet metal and electrically interconnected by wires. After the Second World War, with the development of printed circuit technology, electronic equipment, especially the computer, gradually formed the PCB components based on the structural system. Its advantages are good electrical performance, high reliability, small size, low cost, and can realize automatic production.

There are two ways to assemble PCBA.

Another form of assembly is modular assembly or three-dimensional assembly: in order to improve the density of the assembly, generally with a parallel two pieces of printed circuit board components to form a space, in space to install components, devices, or on the PCB, the positive and reverse two-sided mounting elements, devices, inter-board cable or connector interconnect, or like a bridge, components, The legs of the device are mounted on two printed circuit boards, which are called sandwich modules. The structural design of printed circuit board assembly must consider the problems of circuit zoning and standardization, pcb assembly type, rational layout of components and devices, assembly structure, cooling mode, mechanical dynamic characteristics and so on.