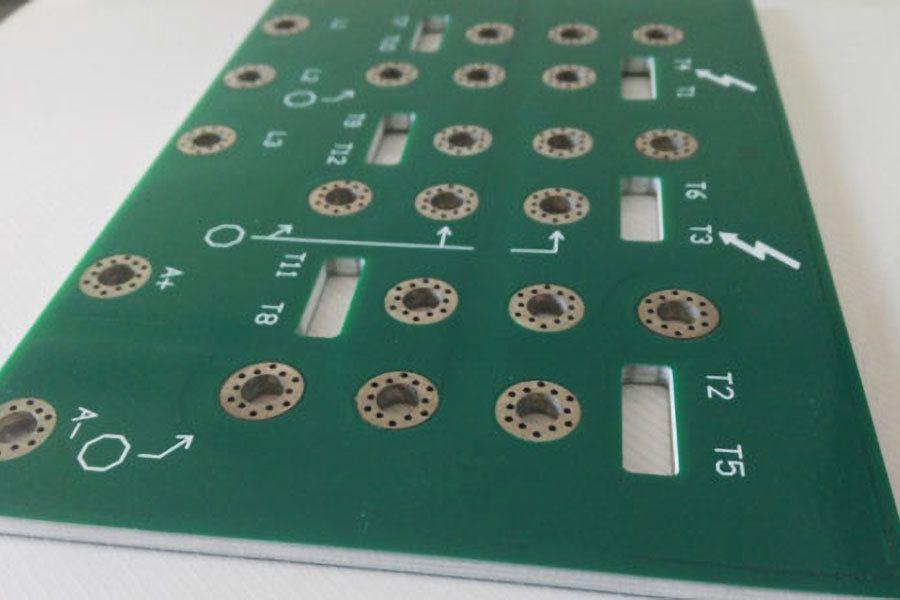 Problems encountered in assembling heavy copper PCB are mostly based on cold solder joints, without full flow through to the other side of the via.

As all the tops of the traces are at the same solder height, paste stencils can be used. However, the ten-ounce thick copper PCB area will still need assistance with external heat to properly solder. Buried thick copper PCB boards can have any amount of the copper below or above the surface. Example: Typical ten-ounce power board, eight-ounce below and two-ounce copper traces above. Also, the top copper can have any amount of plating added to any tracks as well as the vias. The two-ounce SMT pads are soldered as normal after a hot plate is used to solder a few push-in connectors into the ten-ounce section.

Hemeixinpcb has the capability to build thick copper PCB with copper thickness up to 10 oz or 400 µm by conventional PCB process. We can also apply a selective process to make different copper thickness circuits on the same layer.

Hemeixinpcb developed a new process that makes the thick copper and fine line circuits on the same layer. This novel process is easier than the selective process and another similar process. This patented process electroplates thick copper to fill the cavity under one side of laminate copper foil, just like the electroforming process. After etching the tope side foil, this inner layer with different copper thicknesses can be laminated with another inner layer to make multilayer thick copper PCB board. This process can also make double sided heavy copper PCB circuits. It is especially a good process to replace I-coin PCB if the thin and small coin is needed.