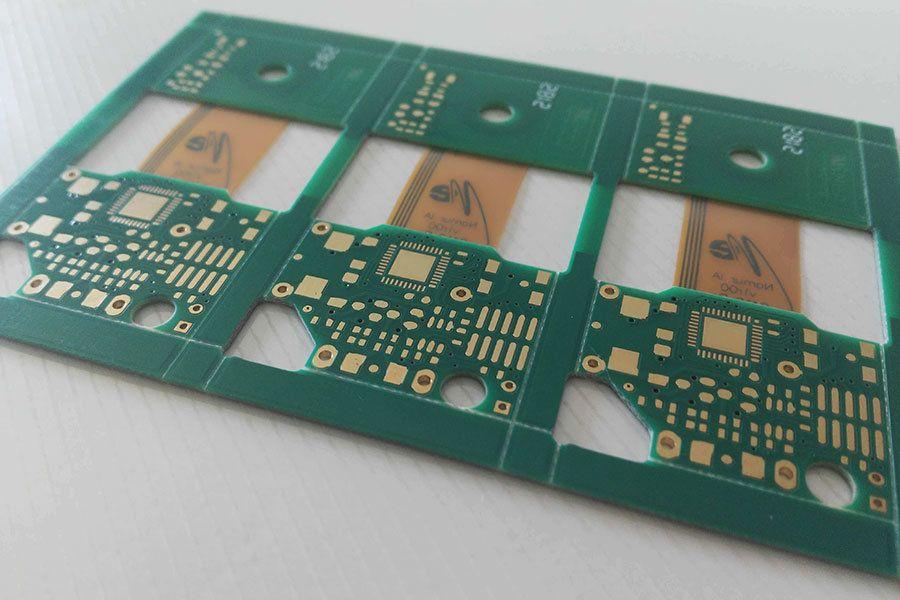 HDI (High-Density Interconnect) boards are one of the fastest-growing areas in the field of PCBs (Printed Circuit Boards). HDI PCB leverages advancements in PCB technology resulting from the miniaturization of components, and semi-conductor packages that support new features like touch screen computing and 4G network communication.

Compared to conventional PCB technology, an HDI PCB has finer lines and spaces, higher connection pad density, and uses smaller vias (vertical interconnect access) and capture pads. The HDI PCB is used to reduce both size and weight, and to increase the electrical performance of the device.

Higher technology versions of the HDI PCB have multiple layers of copper filled with stacked microvias (minutes holes drilled by lasers) which create a structure that enables much more complex interactions.

These structures, in turn, support and enable the routing solutions found in large pin-count chips contained in mobile devices and other high technology products. An HDI PCB can be regarded as the best, and a cheaper, alternative to high layer-coated standard laminate or sequentially laminated boards.

PCB’s with such attributes have been known by a variety of other names in the past. In American and European industry it was known as SBU (Sequence Build Up the Process), because of the constructive nature of the sequencing program; the Japanese called it MVP (Microvia Process) because the holes in the board were much smaller than previous versions, and it has also been called BUM (Build-Up Multilayer Board). However, the majority of the people in the PCB industry now call such products HDI PCB.

Through vias from the surface to surface;

A passive substrate with no electrical connection;

There are some design concerns specific to HDI Boards. These include the materials selected as these will impact on the electrical performance of the signal traces and the cost of the end product. The component layout is also important because HDI PCB technology, because of its very density, requires close attention to placement when soldering, installing and maintaining boards. Then there are factors like the distribution of blind and buried holes and the uniformity of lines and spaces which also need to be considered.

Despite these manufacturing issues, the HDI PCB can be regarded as the latest advance in PCBs. This is because of the advantages that they bring in terms of reduced size, cost, high speed, and high frequency. Today, it is a key component found in mobile phones, touch-screen devices, laptop computers, and digital cameras. It is also commonly featured in medical devices, as well as various electronic airline parts.