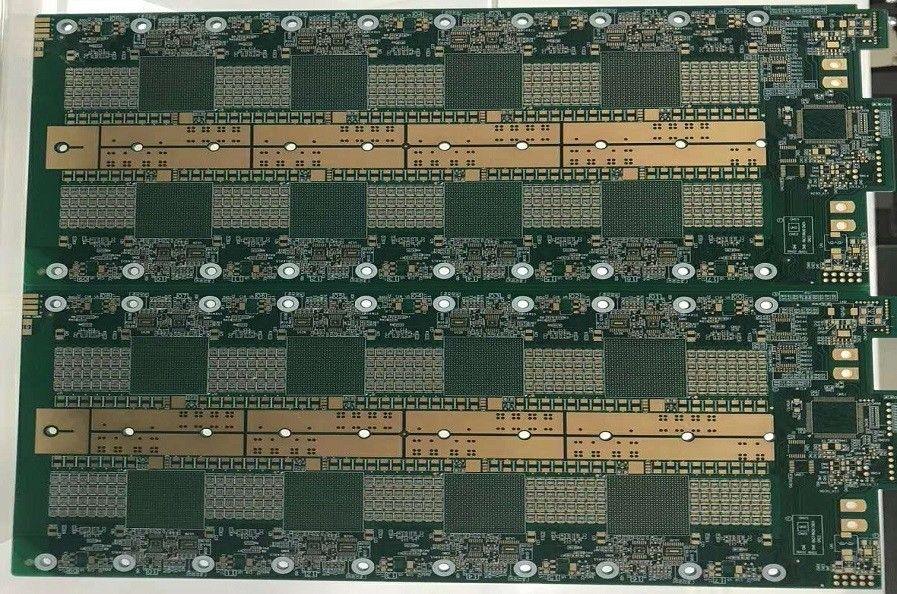 Advances in telecom-related technologies and mobile phones are pushing electronic circuitry designing and manufacturing processes to their limits. Miniaturization isn't the only goal now; the devices also need to have better electrical characteristics (especially signal integrity) to keep up with 5G telecommunication and adopting the fourth industrial revolution.

While High-Density Interconnect technology evolved primarily to cater to the smaller form factor need of the circuit industry, it had many other benefits as well.

There is an adage among the engineers who focus on signal integrity: Smaller and closer is better. This simply means that the smaller a circuit or device is, and the less distance there is between the components, the better it is for signal integration. This is the primary impact of HDI PCB technology on the integrity of signals in a circuit. Since in HDIs, higher component density reduces the distance between the components, and microvias provide a better interconnection between the layers.

While it's true that size reduction and use of microvias are HDI technology's two of the greatest gifts to signal integrity, but the material used for HDI circuits can also have a significant impact on the quality of the circuit. Some of the simple HDI circuits are still stuck with the simplest of the core materials available, FR-4. While it offers its own set of good electrical and mechanical characteristics, it's not a “choice” material for high-frequency applications. For such applications, materials like Megtron 6,7 or Rogers 4350, two of the most common low-loss materials, are much better suited.

Some HDI PCB Features and Their Impact on Signal Integrity

Signal integrity and performance can be evaluated on several factors. Some of them are:
1. Reduced noise (That includes crosstalk, signal reflections, and simultaneous switching)
2. Electromagnetic Interference reduction
3. Better signal propagation
4. Lower Attenuation

There are a number of HDI features that influences these signal integrity-related factors, separately, or in coherence with each other.

For example, HDIs offer shorter interconnect lengths. These reductions in size have a positive impact on signal quality. The strength and quality of the signal are augmented by the low dielectric constant of special HDI PCB materials. Low-loss and ultra low-loss materials, while being a bit more costly, can really improve the propagation and quality of the signal at high frequencies.

Crosstalk is one of the most common signal integrity issues. It happens due to an unintentional electromagnetic coupling between two adjacent traces in a PCB. Even though there is a physical barrier between the two traces, the more powerful signal affects the quality of the weaker signal traveling in the other trace. In HDI circuits, the distance to the reference plane is relatively thinner, and due to a smaller form factor, the coupled lengths are relatively shorter. Also, dielectrics are thin, and traces are relatively finer, compared to a conventional PCB. This has a significant impact on the crosstalk noise of a circuit and results in better signal integrity. This effect can be enhanced even further by using low Dk materials.

The small form factor of HDI also helps with EMI reduction. HDI reduces the number of layers and offers a relatively thinners circuit. Also, in HDI, the ground planes are either closer to each other, or on the surface. This offers distributed capacitance, which in turn significantly reduces the electromagnetic and radio-frequency interference. HDI also reduces EMI and EFI of high-frequency and high-speed circuits due to the presence of fine traces and fine-pitch components that enable more efficient routing.

Perhaps the greatest impact of HDI on the signal integrity of the circuits is because of microvias. Microvias help reduces parasitic influences that through-holes used to have in a PCB. In high-speed and high-frequency applications, plated through holes form equivalent capacitors and inductors in a circuit, which creates massive signal fluctuations. The higher the frequency of the signal, the more it's susceptible to the parasitic influences of through-hole constructions.

Microvias help reduces this. An HDI circuit made using microvias instead of plated through holes for interconnections has ten-times lowered the parasitic effects that PTHs have. They also reduce the noise produced due to signal reflections, and the ground bounce effect. Microvias also help by bringing the ground planes together and lowering the surface distribution of capacitance, which in turn, reduces the EMI and RFI of the circuit.
In HDI circuits, buried capacitances plane layers take up the place of bypass capacitors. While it frees up space on the surface and offers smaller form factor, it also helps the circuit itself act a component. This helps improve the signal integrity of the circuit. Microvias also help strengthen the signal and eliminate switching noises.

HDI PCBs also have ground return loop problems. That's because thanks to the via-in-pad feature of HDI PCBs, a designer can allow a relatively larger ground plane around the components. This also leads to more efficient trace routing and smaller distances between the components, which have an intrinsic effect on the quality of the signal.
The use of low Dk materials in the construction of HDIs contributes to reduced wiring delays in the circuit. This helps curb the signal path issue that occurs in a high-frequency signal. At high frequencies, induction dominates resistances, so instead of the signal choosing a return path of least resistance, it follows the path that minimizes the current loop. The use of HDI reduces the noise that is produced thanks to this effect, and also reduces wiring delays.

HDI PCBs usually use materials that are better suited for high frequency and high-speed applications. They are also relatively smaller than traditional PCBs as well as thinner. This helps bring components closer together, reduce traveling losses, and reduce the EMI of the circuit. It wouldn’t be too important to say that HDI PCB technology is vital in the creation and success of many high-speed devices and networking.

Without HDI, network technologies like 5G dependant phones and next-gen processors and microcontrollers would not have been possible. If you are working on a prototype circuit that has stringent EMI and RFI requirements, or high-frequency application, make sure you contact pcb fabricators that are well-versed in the HDI fabrication. When signal integrity is paramount, designing and fabrication requirements of your HDI PCB will be relatively stricter. From making the right material choice to the drilling of microvias, make sure everything in your HDI PCB design confers to your signal integrity requirements.