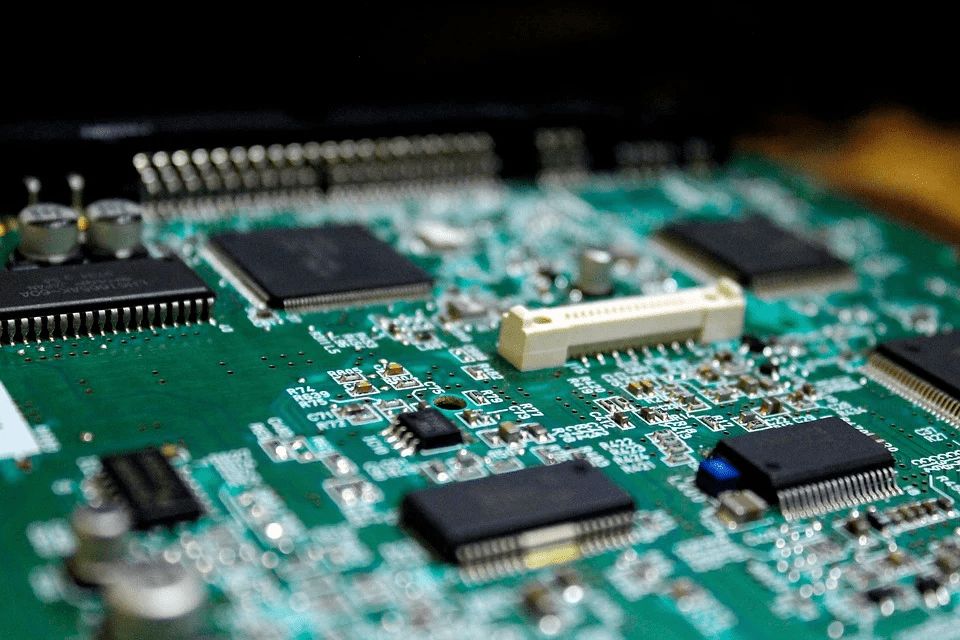 What Are Blind Vias and Buried Vias?

Blind vias and buried vias are becoming more common in high-density interconnect circuit boards as design structures get more sophisticated. A via is a plated or drilled hole in an HDI PCB that allows a signal to cross through to the inner layer or the opposite side of the circuit.

Component leads are frequently connected to planes or signal lines through vias. These enable signal layers to be changed. A through-via is one that extends entirely through the PCB. This can also be referred to as a through-hole.

HDI printed circuit boards with a minimum of four layers are eligible for blind and buried vias. They connect neighboring inner layers or adjoining surface layers to the innermost layer. In this article, we will talk about them in detail.

Blind vias help connect an outer layer to one or more inner layers. Each connecting level's holes must be specified in a distinct drill file. This aspect ratio is the ratio of the drill's diameter to the death of the hole and should be 1:1 or greater. The depth and hence the maximum distance between both the outer layer and the respective inner layers is determined by the narrowest hole. Blind visa can also be placed within pads, hence called via-in-pad.

There are various distinct sorts of blind vias to consider while studying blind and buried vias. These are:

Controlled-depth blind vias are comparable to through-hole vias in terms of construction. The main difference would be that the drill used to generate the holes is only designed to travel halfway through the PCB. Current technology allows for this to be done precisely, ensuring that the features beneath the hold do not make contact with the drill.

After the hole has been drilled, it will be copper plated. This is the most affordable method, although it does necessitate that the holes be large enough to be drilled. Although this will serve well for a wide range of PCB requirements, it may not be the best option for everyone.

A photosensitive resin has to be laminated to a core in order to create photo-defined blind vias. A design will be printed on the photosensitive sheet to show where the holes will be drilled. The leftover material on the board would then be exposed to light, which allows it to solidify.

After that, the PCB is immersed in an etching solution, which dissolves the materials from the holes and produces pathways. The outer layer of the PCB is subsequently created by plating copper in the hole as well as on the outermost layer.

Blind vias are laser-drilled after the PCB is laminated but before etching and laminating the outer layer. Nowadays, several kinds of lasers are utilized to create holes, but the outcomes are all the same.

Blind vias made using sequential lamination are made with a very thin piece of laminate. The procedure is identical to that of making a two-sided PCB, in which the laminate is drilled, plated, and finally etched. This technique produces pieces on the side that will make up the board's second layer. The initial layer will be formed by a copper sheet on the other side.

This arrangement is then laminated with the board's other layers prior to actually completing the other stages to create a full PCB. Since it is costly, this procedure is no longer as popular as it once was.

The innermost layers are linked together through buried vias. Vias are physically "buried" inside the PCB, as the term implies. A buried via's role is comparable to that of a blind via in that the aim is to ensure that the PCB has all of the essential functionality.

Each connecting level's holes need to be specified in a distinct drill file. In this case, the aspect ratio should be at least 1:12 or greater. The depth and hence the maximum distance between both the corresponding inner layers is determined by the tiniest hole.

Buried vias help to create more space on the HDI PCB in other places. To make buried vias, manufacturers first make the inner layers with the vias, then construct other layers to the exterior to finish the circuit.

In order to create buried or blind vias, one or more cores must be drilled, and the through-holes need to be plated. After this, the stack is assembled and pressed.

It is crucial to keep track of the drill depth when making blind vias. The board may suffer as a result of the hole, according to how deep or shallow it is. If the hole is very deep, signal distortion or deterioration may occur, and if it is not deep enough, an inappropriate connection may occur.

How Does a Microvia PCB Differ?

HDI PCB manufacture is a costly procedure. This is primarily owing to the high cost of each layer on a PCB. Microvias can be used to substitute through-hole vias in order to lower the cost of production by reducing the number of layers.

Microvias are distinguished from the other two types of via by the fact that these are not drilled with a standard drill bit. Alternatively, a laser is utilized to drill a microvia, which is normally done prior to layer lamination.

Microvias have the narrowest pad diameters, allowing for the widest possible routing channel. Microvias, when utilized in favor of through-hole vias, can minimize the number of layers on PCBs while also making BGA breakout easier.

HDI PCB designs combine sophisticated features such as microvia PCB, via-in-pad, blind vias, stacked or staggered vias, and via-in-pad to maximize board area whilst also boosting functionality and performance. Hemeixinpcb is at the top of its game, meeting the most stringent needs with high-density interconnect PCB designs that push the boundaries of innovation. To get an online quote for your project, click here.