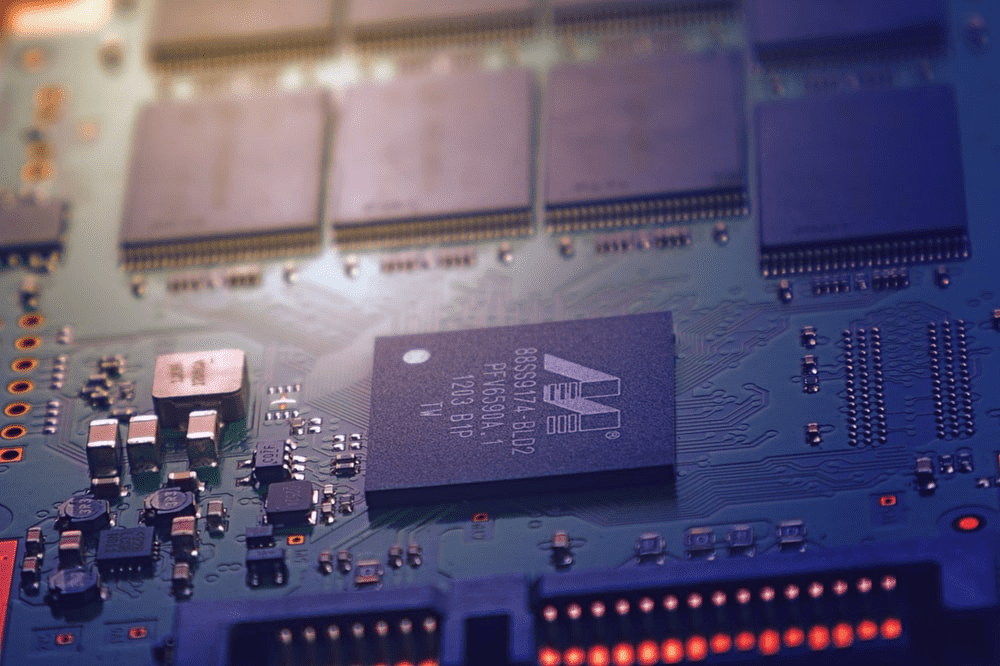 Why Use High-Density Interconnect PCB?

While prototyping, you can choose from a wide range of PCBs – from one-sided, simple PCBs, to highly complex boards having multiple sides. Usually, the simplest PCBs are either those with copper tracks, or those that have interconnected components on only a single surface. The latter type of PCB is called single-sided or one-layered PCB.

Before we delve deeper into the many benefits of HDI PCBs compared to regular ones, let us briefly mention the different types of HDI PCBs that are available to circuit board designers:

Any of these HDI PCB variations can prove beneficial for projects that require complex wiring but are also pressed for size.

High-Density Interconnect technologies are quickly becoming the go-to for PCBs with greater efficiency, durability, and portability. With HDI, you can create PCBs that are smaller and lighter, but, simultaneously, faster and more efficient. This is achieved by leveraging buried and blind VIAs that, like we mentioned earlier, can be stacked, staggered, or even connected with micro-VIAs.

Let us now explore the many benefits of HDI PCBs:

An HDI PCB is immensely compact. This compactness, coupled with the greater wiring capacity, makes an HDI PCB the perfect choice for any engineer wanting a small circuit board offering a large output. This means that you can now utilize a smaller board without having to make quality compromises. Since a large proportion of consumers look for small devices, an HDI PCB can offer you a significant designing advantage.

2) Allows the incorporation of more components

Using HDI technology, designers can now add a greater number of components to more compact boards, since an HDI PCB allows you to integrate components on either side of its board.

Since HDI PCBs consume less power compared to traditional PCBs, they have better battery lives than many other battery-powered or handheld devices.

An HDI PCB is more rugged and solid, which translates to more strength as well as limited perforations.

Compared to regular PCBs, an HDI PCB has lower levels of thermal degradation, which means that they can last longer.

With an HDI PCB, computation and transmission in space-restricted regions can be performed with greater densities and efficiency. This means that smaller consumer products like aerospace equipment, smart-phones, medical equipment, and military devices can now be created far more easily.

This advantage particularly stands out when using smaller QFP or BGA packages in applications and designs – especially when your designs have reached the mass production point. With an HDI PCB, you can now accommodate denser QFP and BGA packages than you could with older technologies.

Since heat needs to cover lower distances before escaping HDI PCBs, the overall heat transfer is lower. Moreover, an HDI PCB is associated with lower thermal expansion stress, which means it has a longer life compared to older PCB models.

Based on your specific board design can fill VIAs with non-conductive or conductive materials in order to ease transmission between the components.

Like we previously discussed, if you are looking to save space, you will not be able to do much better than HDI, since an HDI PCB can reduce the quantity of required layers. For instance, if you are currently using a traditional through-hole PCB with 8 layers, you can now replace it with an HDI via-in-pad PCB with just 4 layers. This means that you will now have a PCB that is smaller in size, containing VIAs that are pretty much invisible.

This technology can transform a PCB into a sophisticated electronic circuit. The laser-drill manufacturing style means that smaller boards can now be used, providing the boards with greater resistance to heat.

Going with a High-Density Interconnect PCB gives you the chance to take your technological game to an unmatched standard. Not only are HDI PCBs cost-effective, but they can endure greater frequencies, and are excellent for mobile devices like tablets, cell phones, and laptops. All in all, you can create products that offer higher efficiency and durability in a smaller package, without any compromise on performance or design.

If you are looking for more detailed information on HDI PCBs, do not hesitate to reach out to us and know more about this game-changing PCB technology.