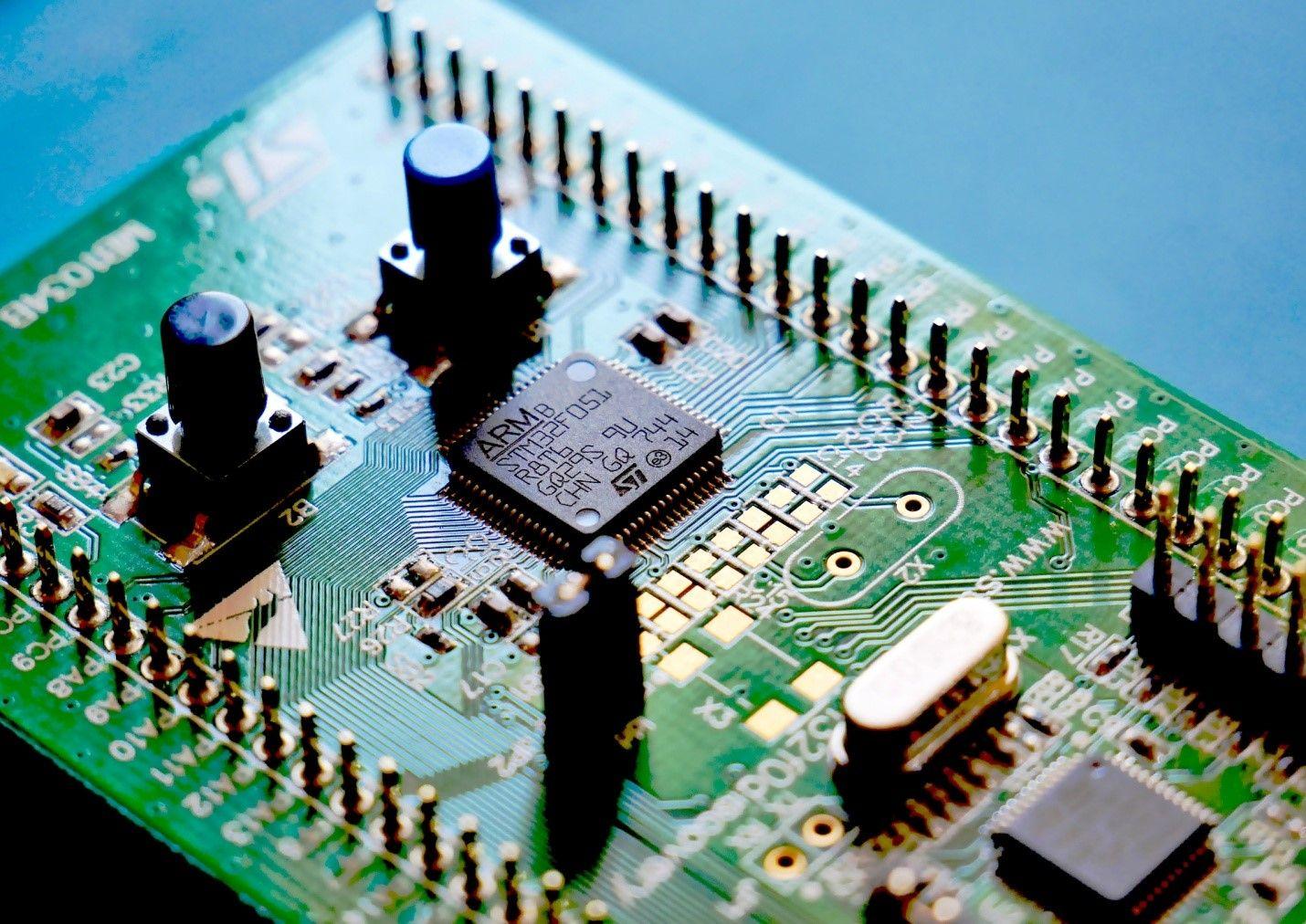 We live in the digital era, constantly surrounded by electronic devices and consumer gadgets. Our education, work, and entertainment are all available on hand-held devices. This is all possible through printed circuit boards. PCBs are a vital part of electronic machinery. They are used to mount electronic components on the board to add functionality to the device.

Printed circuit boards, although small, have a complex design, assembly, and manufacturing process. To understand how a PCB works, you first need to know how it is assembled.

This article will discuss the common components used in PCB assembly. Let’s get started!

Set-Up of a Printed Circuit Board

A PCB is reinforced with glass and has copper traces and vias attached to the board. The copper traces act as a conductive layer and help the current flow through the PCB to power different electronic components placed on the circuit board.

A PCB is available as a single-sided board with only one conductive copper layer or a double-sided board that enables you to access both sides of the copper layer. As the number of layers increases, the printed circuit assembly and manufacturing process become complex. Multi-layer PCBs are important for multi-functional devices used in the automotive, aerospace, and medical industries.

Aside from copper layers, PCBs also have soldermask and silkscreen layers. They act as an insulator and encapsulate the copper components from external circuitry.

What is PCB Assembly?

As mentioned above, a printed circuit board consists of various components. In the PCB assembly process, the components are strategically placed on the circuit board, ready to undergo the welding process. Depending on the project requirements, each PCB can vary in components. Below we list some commonly used PCB components.

Each component has its functionality, which works in unison to create a smooth operating device.

An obvious and necessary component to make a PCB work is a battery. It provides the appropriate voltage to the circuit.

Another common and important component for printed circuit board assembly is resistors. Resistors control and resist the flow of current through the circuit. They do this to produce voltage and dissipate electric power as heat. You can find a wide range of resistors made from different materials and having different resistant values. All resistors are color-coded to determine resistance value.

After resistors, capacitors are most commonly used in PCB assembly. Capacitors hold the electrical charge and release it whenever and wherever more power is needed. Capacitors do this by collecting opposing electrical charges on two conductive layers separated by a dielectric or insulating material.

Capacitors are categorized based on the material they are made of. Some commonly used types are; ceramic disc capacitors, diverse polymer, and electrolytic.

LEDs stand for Light Emitting Diode. They allow current to flow in only one direction and light up when current passes through.

Transistors act as an amplifier and are fundamental components for electronic devices. Transistors switch on/off and control the electrical charge on the circuit board. Many variations are available, but the most commonly used is the bipolar transistor. It has 3 pins; the base, emitter, and collector.

Inductors are similar to capacitors, such as they also store electrical charges. One major difference is that inductors store energy in an electromagnetic field. This field is generated when current flows through inductors. These are used to block current within the circuit board and block interference from other electronic devices.

Potentiometers are positioned on the circuit board for devices that require fine-tuning, such as radios. Potentiometers are a form of resistors that can be linear or radio. It controls the current based on the rotation or linear sliding of the knob. In this way, you can precisely control the resistance.

Transformers are used to transfer current from one electrical circuit to another. They do this by increasing or decreasing the voltage. It has a soft core that has two wires coiled around it. The primary coil is used as the source, while the secondary coil transfers the current.

Sensors are used to detect environmental changes and generate an electrical signal to relay that change to other circuit board components. It works as a transducer and converts physical changes such as air quality, temperature, infrared, and more into electrical signals.

Factors That Lead to Malfunctioning

When a board malfunctions, the reason could be one or more components. Taking proactive measures to deal with these issues will ensure that parts don't malfunction.

• Voltage: High voltage or current peaks can easily destroy important components in your PCB. This can happen due to design errors, high voltage supply, power supply lines, or degradation of components.

• Temperature: PCBs are used in the devices and machinery for automotive and defense industries. Thus, they have to work in extremely high heat. Some materials can corrode or delaminate under high temperatures. Thus, it’s best to check the specifications and choose components with appropriate operating temperatures.

• Moisture: Like temperature, moisture is also a crucial factor that can cause electronic components to malfunction. Since the components go through multiple steps during assembly and manufacturing, they are exposed to high and low temperatures that can cause condensation. Many materials corrode or degrade by condensation, so evaluate and choose accordingly.

Now that you know the important components used in printed circuit board assembly, you can choose the right components accordingly for your project. It’s best to consult PCB manufacturers, like Hemeixin, for instant quotes and consultation regarding PCB assembly and manufacturing.