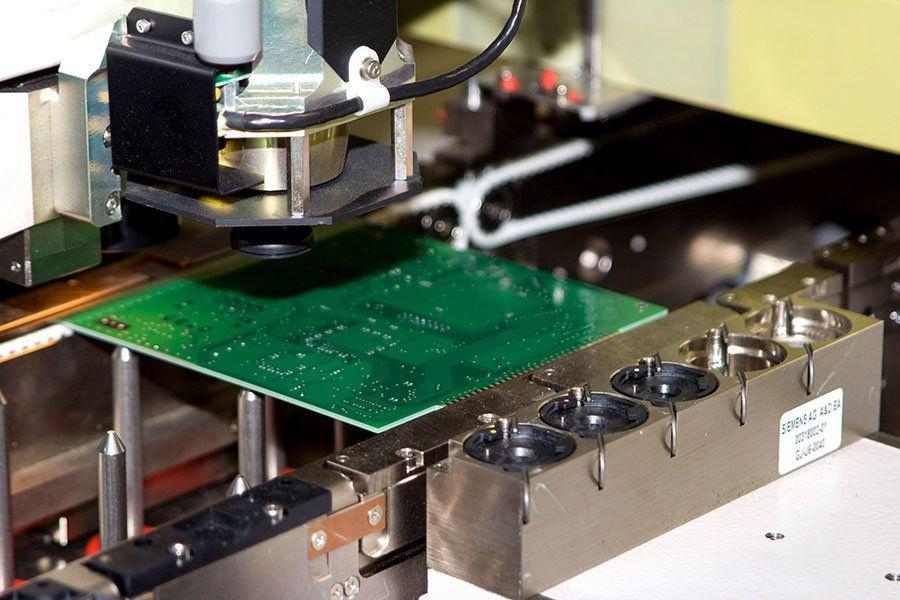 The author first knew that the “printed board” was in 1948, when it was a new employee who had just entered Tokyo Shibaura Electric Co., Ltd. for 2 years and was instructed by the director to investigate the “printed board.” I went to the US garrison library, which allowed the Japanese to read it, and stumbled upon the technical paper entitled “Printed Circuit Technology”. There was no photocopier at the time, and the required documents could only be copied by pen. The papers all had about 200 pages. The various methods such as smear method, a spray method, vacuum deposition method, an evaporation method, chemical deposition method, and coating method were described in detail. The conductive material is added to the surface of the insulating plate to form a conductor pattern, which is called an “addition process.” Printed boards using such production patents were used in radio receivers at the end of 1936.

After entering the OKI Industrial Company for one year, the author began to pay attention to the PCB in the communication equipment industry in 1953. The manufacturing method is to use a copper-clad paper-based phenolic resin laminate (PP substrate), which is dissolved by chemicals to remove unwanted Copper foil, the remaining copper foil becomes a circuit, called the “reduction process.” In some sign manufacturing factories, this process is used to test the PCB, which is mainly operated by hand. The corrosive liquid is ferric chloride, which will turn yellow when it is splashed. At that time, the representative product of the application PCB was a portable transistor radio made by the fart, and a single-sided PCB with a PP substrate. In 1958, Japan published the earliest book on the enlightenment of PCBs called “Printed Circuits”.

The communication equipment manufacturing companies such as OKI Co., Ltd. each set up a PCB production factory, and the PCB professional manufacturing company also rose rapidly. At this time, the plated through holes are used to realize the interlayer interconnection of the PCB. In the 10 years from 1972 to 1981, the amount of PCB production in Japan increased by about 6 times (in 1972, the output value was 47.1 billion yen, and the output value in 1981 was 302.1 billion yen), which was the record of the Great Leap Forward.

Since 1970, the telecommunications company’s electronic switches have used three-layer printed boards for PCBs. Since then, large-scale computers have used multi-layer printed boards (MLBs), and MLB has been re-used and rapidly developed. More than 20 layers of MLB are used. An amine resin laminate is used as the insulating substrate. The PCB of this period is from 4 layers to 6, 8, 10, 20, 40, 50 layers…, more layers are developed, and high density (thin line, small hole, thin plate) is implemented at the same time, and the line width and spacing are from 0.5mm. With the development of 0.35, 0.2, and 0.1 mm, the wiring density per unit area of ​​the PCB is greatly improved.

After 1980, the PCB density increased significantly, and 62 layers of glass-ceramic-based MLB were produced. The high density of MLB promoted competition in mobile phone and computer development.