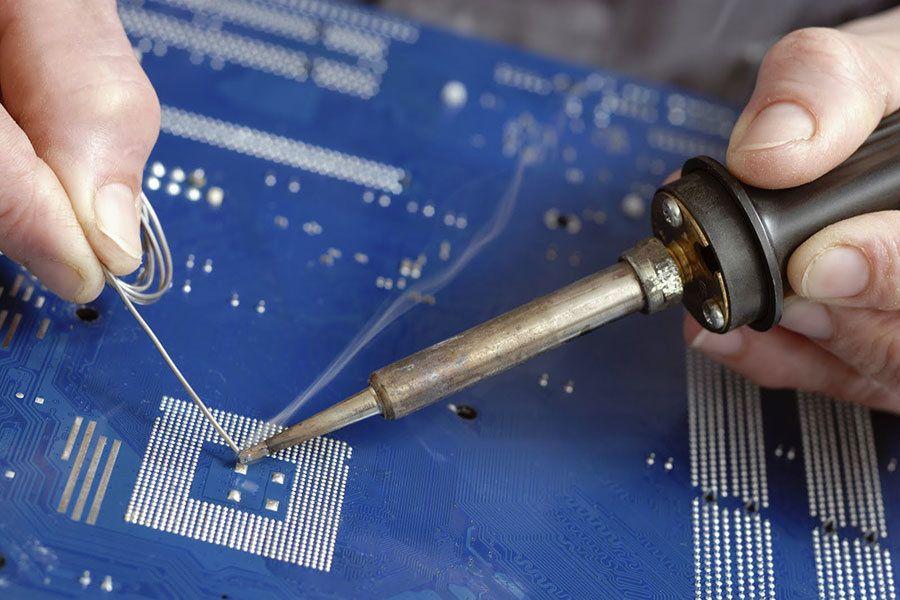 Solder and flux are also required for soldering.

Tin: A fusible metal that connects the leads of a component to the junction of a printed circuit board. Tin (Sn) is a silvery-white metal with a soft texture and high ductility. Its melting point is 232 ° C. It has stable chemical properties at normal temperature, is not easy to oxidize, does not lose metal luster, and has a strong resistance to atmospheric corrosion. Lead (Pb) is a soft, light blue-white metal with a melting point of 327 ° C. High-purity lead is resistant to atmospheric corrosion and chemically stable, but harmful to humans. The addition of a certain proportion of lead and a small number of other metals in a tin can result in low melting point, good fluidity, strong adhesion to components and wires, high mechanical strength, good electrical conductivity, low oxidation resistance, good corrosion resistance, and bright and beautiful solder joints. The solder is generally called solder. Solder can be divided into 15 according to the amount of tin. According to the chemical composition of tin content and impurities, it can be divided into three grades: S, A, and B. For soldering electronic components, a filament solder wire having a rosin core is generally used. This solder wire has a low melting point and contains a rosin flux, which is convenient to use.

Flux: It is divided into flux and solder resist according to function.

The use of flux during the soldering process helps us remove oxides from the metal surface, which is good for soldering and protects the soldering iron tip. It can dissolve and remove the oxide on the metal surface, and surround the surface of the metal when welding is heated to prevent it from being oxidized by heating. It can reduce the surface tension of the molten solder and facilitate the wetting of the solder. Fluxes are generally classified into inorganic fluxes, organic fluxes, and resin fluxes. The flux currently used is rosin or pine perfume (the rosin is dissolved in alcohol); soldering paste can also be used when soldering larger components or wires, but it is corrosive and should be removed in time after soldering.

The solder resist can cover the surface of the printed circuit board that does not need to be soldered, so that the solder can be soldered only at the required solder joints, which can protect the panel from being heated and impacted during soldering, and is not easy to foam, and also It can prevent bridging, tipping, short circuit, and virtual soldering.

In order to facilitate the smooth running of the weld, we also need some auxiliary tools. Such as needle-nosed pliers, tongs, tweezers and knives. Some of these tools can help us cut the components and pins, and some can help us check the PCB soldering robustness. These auxiliary tools are also essential tools for our welding work.