What is Staggered Via?

In recent years, the electronic industry has changed due to technological advancements. The revolutionary technology has inspired the use of high-density interconnection (HDI) boards. HDI PCB allows smaller components and provides enhanced performance.

What role does staggered via play in HDI PCB?

Micro vias such as staggered vias are deeply associated with the design of HDI PCB. The unique design of staggered via enhances signal integrity and flexibility of routing. Staggered via has been coupled with stacked via to provide the best functioning and performance in an HDI PCB. 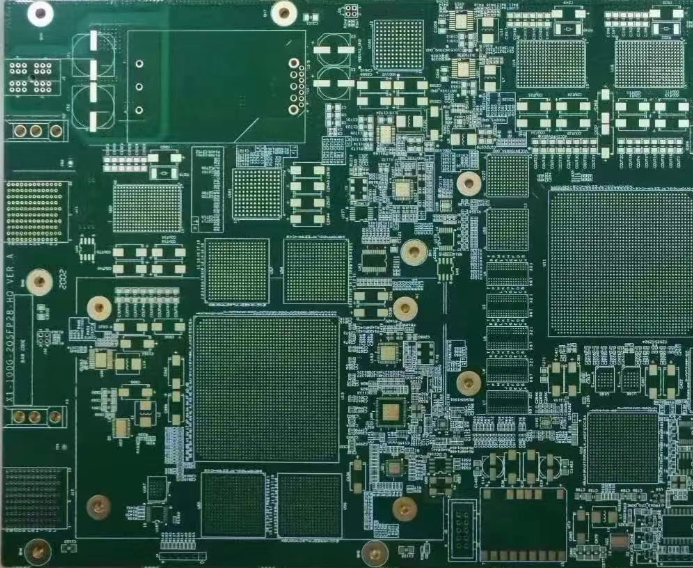 What are Micro Vias?

Staggered via is a type of micro via. Micro vias are copper plate holes that allow for interconnections between the layers of HDI PCBs. Micro via PCB is used for their enhanced routable area and closed-packed circuity.

What is Staggered Via?

Once staggered vias are not adjoined, they do not need copper fillings, so the design of microvia PCB is less complicated and involves fewer steps. However, since every staggered via needs to be drilled separately, the design is more time-consuming.

Staggered via are created by laser drilling. Laser drilling involves using a laser beam to vaporize part of the microvia PCB as per the drill file and develop holes in the drill areas.

IPC studies have shown that microvia boards with three layersa are less likely to fail if staggered vias are used instead of stacked vias.

Application of Staggered Via

Staggered via are most commonly sued along with stacked via in HDI PCBs in a designing process known as stack-up. The process comprises of two main structures.

This structure is the most commonly used stack-up and provides mechanical support to the HDI PCB. This structure consists of one conventional inner HDI layer and multiple sequential HDI layers.

An epoxy fibreglass sheet is sandwiched between copper layers in the sequential lamination layer fabrication process. They are then pressed together under high temperature and hydraulic pressure, and then a dielectric layer is added between the copper and laminated layer.

Advantages and Disadvantages of Staggered Via

Although widely used, staggered via have their own pros and cons, and designers need to be careful when using staggered vias.

AS mentioned, staggered via does not include the complicated and extra procedure to be incorporated. Staggered vias are the perfect type of microvia for a microvia board that requires three or more microvias. They allow for a longer life span of the HDI PCB and ensure more remarkable performance. Also, it negates the crosstalk issue as the microvias are at offset positions. Staggered via are cost efficient and provide a high plating surface.

However, staggered vias do have some downsides to them as well. Staggered via demands for a larger space on the board, they decrease board density. Staggered via tend to introduce discontinuity in the source-destination path; hence they do not fulfill the controlled impedance requirements. This makes them undesirable for use in ultra-high-speed PCB designs.

Comparison of Staggered Via with Stacked and Skipped Via

The table below shows how different properties of staggered via compared with stacked and skipped microvia:

With an increase in technological advances, microvias have become a much-needed designing technique for the functioning of many devices. Staggered via is one such type of microvia that is commonly and widely used.

Although staggered via does have many advantages and disadvantages, the use and application of staggered via in HDI PCBs are undeniable. An important thing to remember when designing microvia PCBs is to understand which kind of microvia would be best. The choice depends on the type of application and device the microvia PCB will be used.

Now that you know what a staggered microvia is and how it works, you can understand how to put it to use better. Get in touch with Hemeixin PCB to get your staggered vias.