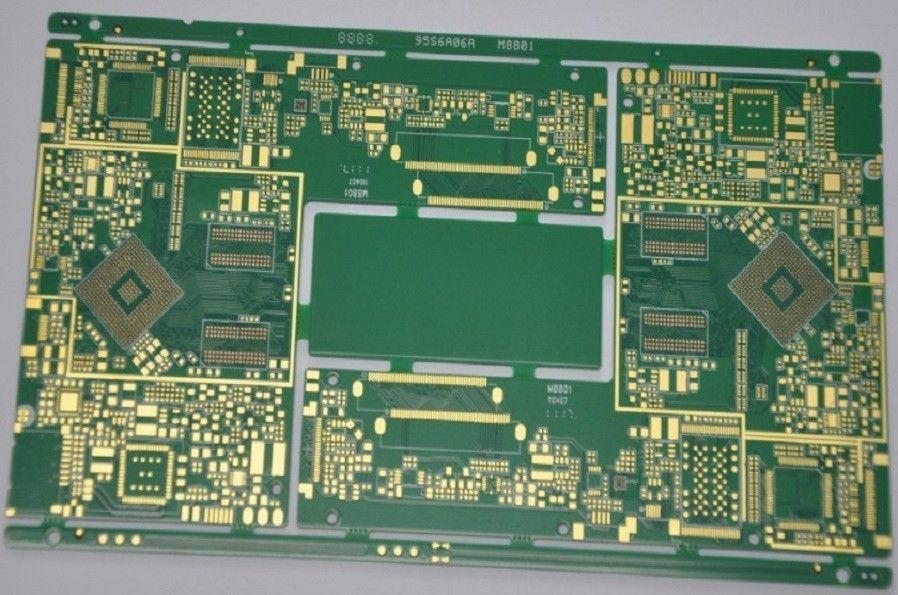 PCBs are evolving with the continually increasing demands of the electronics and telecom market. We are sitting on the eve of widespread deployment of 5G wireless technology across the globe. This will mean that the underlying electronic devices (primarily cell phones and other network-dependent electronics) will need to cope with the high-frequency demands of the 5G technology.

When it comes to high-frequency circuits, the most commonly used PCB material, FR-4, doesn't seem to cut it. FR-4, while being widely used, tends to be a very loss-generating material in high-frequency circuits. For such circuits, specialized materials (laminates) are chosen. There is a wide variety of them available in the market, from season manufacturers like Isola, Itera, Taconic, Rogers, and Panasonic.

Among them, two of the most commonly used materials are Rogers Ro4350B and Panasonic Megtron 6. Let’s see the difference between the two.

Both Rogers 4350B and Megtron 6 are specifically designed high-speed laminates. Both fall into the extremely low-loss category of laminates (if considered based on the loss). In terms of highest efficiency and least incurring losses, Rogers 4350B and Megtron 6 are second only to specifically designed extremely low loss, microwave laminates like Taconic RF-35TC.

Both the materials are very similar when it comes to many electrical and transmission characteristics. Take the signal loss, for example. Megtron 6 tends to be the superior material for frequencies below 5, but over that, Rogers 4350B has a slight edge (just a shade better than Megtron 6).

But as you might have gathered by now, the differences between the two aren't very substantial in electrical characteristics and losses. So, where does the difference really come? Even if we take a transmission variable, peak-to-peak jitter value at 10 Gbps, there is only a minute difference between the performances of the two different laminates. Rogers 4350B noted 14.9 Ps, and Megtron 6 gave a value of 14.2 Ps.

Both materials are extensively being deployed in low-frequency applications. One such example was the use of Megtron 6 in IBM’s mainframes (z14) in 2017.

If we consider the construction of the two materials, Rogers 4350B is made from a glass-fiber reinforced hydrocarbon/ceramic laminate. The Megtron 6 comes in both PPO and PPE epoxy blend resins. They don't offer quarter-ounce copper-clad options.

Some of the significant differences between the two laminates have to do with fabrication and options.

When it comes to foil thickness, Megtron 6’s thinnest foil of 1/3rd of an ounce is thinner than Rogers 3450B’s ½ ounce foil. Both are almost equally good at preventing signal reflections at high frequencies. Megtron 6 offers a wider variety of laminate choices, eight in total.

Also, compared to Rogers 4350B’s three prepreg choices, the thinnest of which is 3.6 mils, Megtron 6 offers 18 different thicknesses and a much wider variety (and thicknesses) of prepregs. This gives a lot more options when you are working with Megtron 6, especially as the layer count increases.

But even these are not the upshots of the differences between the two. The upshot is that ease and limitations of fabrications.

If you are working with Rogers 4350B, it's specific (and minimal) range of prepregs require special lamination cycle requirements. The prepregs require a higher-than-normal pressure to ensure proper lamination of the Rogers 4350B material. This adds to the fabrication cost. But it also has another impact. Rogers 4350B advises against etch-backs as well as using more than one prepreg layer. This usually limits the use of Rogers 4350B to a cap construction.

It might also have something to do with the low Tg of Rogers 4350B because it cannot go through multiple lamination cycles without adverse effects.

This limits the use and application of Rogers 4350B for a lot of different industry applications. Due to just allowing for cap construction, a board with this laminate cannot fully realize the power of high-layer counts PCBs and dense packaging.

This is where Megtron 6 is clearly the winner. The best part about it that there isn't any difference in the lamination of a Megtron 6 and the conventional FR-4. That means that every fabricator who has an assembly line poised for the traditional construction of PCB can easily work with Megtron 6. They don’t have to change pressure parameters, tweak temperature during assembly, and prepare for different cure times. This also means that Megtron 6 isn’t limited to cap construction. It can easily be designed in a foil construction as well.

To sum it up, Megtron 6 is relatively very easy to work with compared to Rogers 4350B. But the latter has a clear advantage in high-frequency circuits and is widely used in places where signal integrity and low losses are of paramount importance. But where ease of fabrication and design complexity are major considerations, Megtron 6 takes the cake.

Another major difference between the two is the basic cost. Rogers 4350B is easily three times the cost of Megtron 6. This becomes especially apparent in large scale fabrication. Because Rogers 4350B is expensive as material, as well as complex to fabricate, the large scale yield of Rogers 4350B based circuits sometimes becomes unfeasible.

The choice of the right material is crucial. It affects the cost, performance, reliability and life expectancy of the circuit, among a plethora of other things. You should know what you should prioritize in your circuit. If you need to design a low layer-count, very high-speed circuit where signal reliability cannot be compromised, you might be better off with the Rogers 4350B design.

If you need a relatively reliable design, with high-layer count and the need for multiple lamination cycles, Megtron 6 might serve you better.

For a better cost analysis of your design, it’s a smart idea to work with fabricators that offer a wide variety of laminates, including these two. So you can work out a proper cost-benefit analysis.