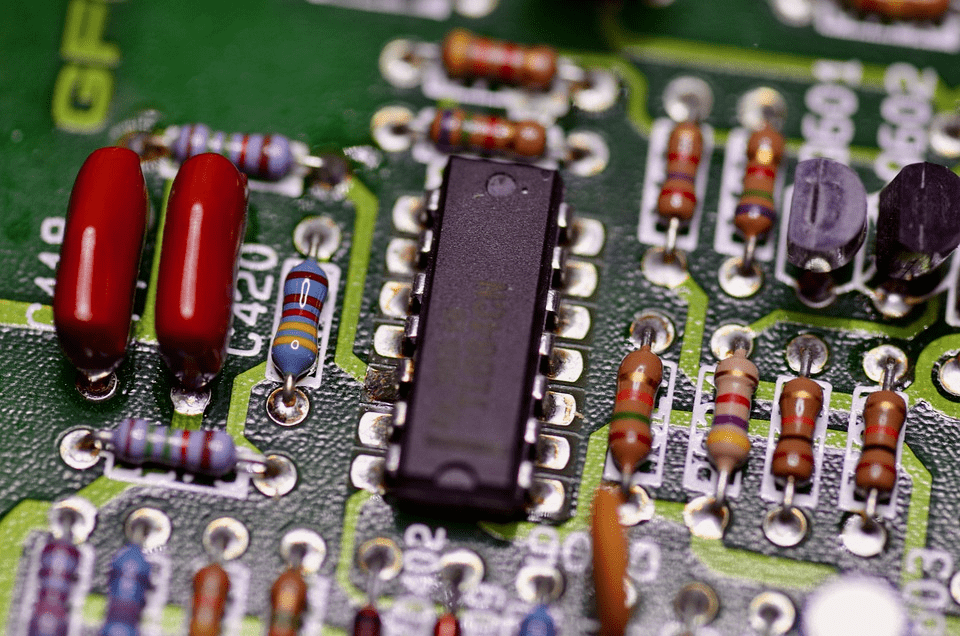 With shrinking technology sizes, it's become critical to consider that PCBs with better component density per square centimeter are emerging as a new industrial requirement, particularly in consumer devices; cellphone and PC size reductions are excellent examples. This is where HDI Printed Circuit Boards or High Density Interconnect PCB comes in.

In comparison to traditional circuit boards, HDI PCBs use reduced aspect ratios on the vias, microvias, and laser drilling. They are efficient at supporting electronics with a large number of pins and IC packages with a smaller pitch. Let’s talk about them in detail.

What are HDI Printed Circuit Boards?

HDI or High-Density Interconnect is a PCB with a higher number of interconnections which takes up less space. To classify, an HDI PCB has an average of 120 to 160 pins per every square inch. As an outcome, the circuit board is reduced in size. The elements are closer together, and the board area is reduced dramatically, yet the performance is not affected.

High Density Interconnect PCB technology improves the function of traditional PCBs by optimizing the remaining space and expanding the number of components that can be incorporated into the circuit board. HDI tech opens up space on the PCB by constructing compact components and inserting vias in a more efficient manner. As a result, consumers can benefit from better performance and information storage.

Vias are conductive paths drilled into a multilayered circuit board that act as links in between layers. Vias are a type of vertical trace within a PCB that allow circuit components to be interconnected in these multiple levels. Through-hole vias, buried vias, blind vias, and microvias are commonly used in PCB manufacturing.

Micro vias are commonly seen on HDI printed circuit boards, and they are drilled with lasers rather than regular drill bits. The depth of this form of via is normally limited to two levels. Based on the relative orientation to one another in the PCB, micro vias can be staggered or stacked.

With the compact size, this technology has allowed manufacturers to design high-performance electronics with a compact size. The examples include mobile phones, laptop computers, touch screens like those found in tablets, and digital cameras, as well as improvements in devices for other industries including medical technology.

Smaller PCBs are very appealing to automobile makers since they conserve space in the vehicle. The incorporation of digital devices to create an improved driving experience has been a primary emphasis of automakers with the advent of revolutionary cars from companies such as Tesla.

HDI is also employed in the armed force industry as well as other strategic weapons such as projectiles and defense systems. As HDI PCBs are very well for harsh environments and dangerous settings, they are a good choice for aerospace and military purposes.

What are the Advantages of Using an HDI PCB?

With HDI printed circuit boards becoming more popular in multiple industries, there is no question that there are numerous advantages of using this type of technology. Some of these are:

What are the Disadvantages of Using an HDI PCB?

While the advantages are plenty, there are some drawbacks with manufacturing High Density Interconnect PCB. These are:

For exquisite precision, HDI PCB manufacture necessitates a high level of technical skill and the most up-to-date state-of-the-art technology.

Hemeixin was one of the first businesses to offer clients high-density connection PCBs in bulk. Our extensive experience and dedication to offering a full solution for our clients’ aids in the resolution of initial design challenges, the reduction of lead time, and the delivery of a high-quality, cost-effective product.

Feel free to contact us and submit your specs for a price if your company is interested in using high density interconnect PCB in its equipment. Our HDI Printed Circuit Board manufacturing experts can analyze your designs and advise you on the right strategy for achieving your objectives.