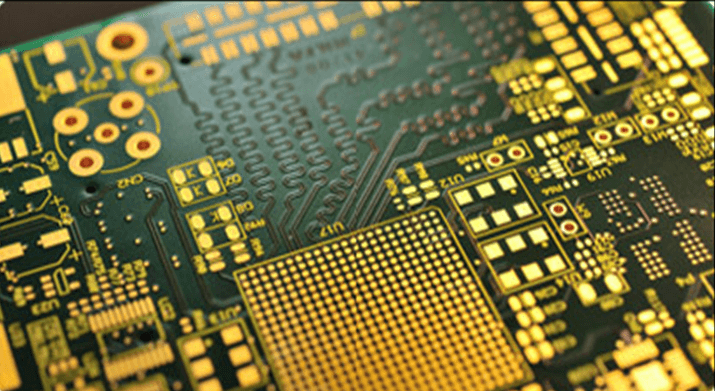 We live in a fast paced world where every second makes a difference on the bottom line. The old adage, ‘time is money’ is very accurate here. This is why quick turn HDI PCB fabrication in China is gaining popularity around the world.

Because of the value of time, most designers are doing everything they can to preserve their resources. PCB assembly is no exception - this is where quickturn HDI PCB prototype manufacturing comes in.

Engineers can receive their HDI PCB prototype in the nick of time thanks to quickturn PCB fabrication processes. Using innovative manufacturing processes, the vendor can complete the entire process of creating a PCB prototype in a relatively short period of time.

There are several reasons why engineers place more value on quickturn PCB manufacturing:

● No more delays due to faster PCB fabrication that saves time across the board.
● The time it takes to fabricate and assemble a PCB is almost cut in half, thus making it possible to deliver the final product to customers quickly.
● Quickturn PCB is important during all phases of a product, including prototyping, pre-production, and full production.

Quickturn PCBs vary greatly based on the client’s delivery requirement, volume, and complexity. In general, it is easier to develop prototypes, but delivery time can vary based on the scale and scope.

As a rule, it is easier to design two-layer PCBs while keeping costs to a bare minimum (and delivery times are also reduced). However, complicated requirements can increase the fabrication and production time.

The Role of Prototypes in Quick Turn PCB Manufacturing

Testing is crucial to ensure the functionality of PCB prototypes. It is not uncommon for prototypes to vary greatly from the final product.

This is why the first few prototypes are produced in smaller quantities. Manufacturers often create several prototypes so that they can be tested at the same time and accurately reflect real world conditions, or even used in devices that they are intended to be used in.

At Hemeixin PCB, we offer a quick turnaround on all our prototype PCBs with timely delivery. Furthermore, it is important for prototypes to meet industry standards such as IPC A 600F. All prototype PCBs should be based on the precise specifications of the client’s requirement sand timeline.

Pre-production PCBs are mostly manufacturer in volumes of a few hundred to a few thousand. This stage of the production process is very important because most of the boards will make it into the final product, and any flaws in PCB design should be taken care of. With that said, it is generally easier to avoid various pitfalls and checking board layout before mass production.

When clients switch from the prototype phase to the pre-production stage, they may notice improvements in quality due to the use of different types of materials, multilayer stackups, micro via PCBs, and other factors.

Full production PCBs are produced after every possible effort has been made to detect and resolve issues in PCB design. Quality control measures are stricter during full production PCB design in China. In most cases, these orders are considerably larger than previous batches, and may take longer to produce.

Since the timeline for full production PCBs is longer, it is crucial to choose a PCB manufacturer that has complete control over every step of the process, including logistics. It is inconvenient to deal with multiple vendors and logistical partners. Hemeixin handles all aspects of the process so you can focus on the core areas of your business.

Once the client has finalized and validated the PCB design, they can submit it to their PCB manufacturer in a Gerber format. The quickturn PCB manufacturing company will review the design and materials to understand the project requirements. They will then send a quote.

Before production can start on the design, however, the client will need to approve the order.

Next, the PCB manufacturing company starts the fabrication and assembly process in the shortest time possible. Manufacturers may utilize one of the following technologies to help speed up the process:
Surface Mount Assembly (SMT): SMT is when electrical circuits are placed directly on the board’s surface with the help of soldering.
Through-Hole Assembly (THA): THA refers to a process where through-hole components are soldered onto the board by hand soldering or wave soldering.
Mixed assembly: It is common for quickturn PCB manufacturers to combine both SMT and THA technologies.

Factors that Determine the Timeline of Quickturn PCB Assembly

There are various factors that can contribute to both timeline and cost of the PCB assembly. These are discussed below.

Use of Skilled Labor

Manufacturing high quality PCBs requires access to skilled technicians. The more professional the work requires, the longer it will take. Besides this, different circuit boards require different types of machines. This can also contribute to the final timeline.

PCBs can have a single layer or multiple layers. Each extra layer contributes to the complexity of the project and can take longer to produce.

Component placement can significantly affect the turnaround time for micro via PCB manufacturing. For example, the time it takes for top layer assembly will greatly differ from that of double sided assembly.

Manufacturers offer various packaging and delivery option based on the client’s requirements, urgency of the project, and other factors.

How to Find the Best Quickturn PCB Prototype Manufacturer in China?

Speed is an important factor when choosing a quickturn PCB prototype manufacturer, but you also have to consider the quality during assembly. For the best results, it is recommended to work with a knowledgeable and experienced manufacturer with an extensive history in quickturn PCB manufacturing.

The vendor should place considerable emphasis on the quality of the PCBs and conform to industry standards and guidelines. Furthermore, the manufacturer should have invested in the best machines, tools, and processes.

At Hemeixin PCB, we provide quick turnaround while maintaining high quality standards. To learn more about our services, visit our website here.