The RF PCB and Microwave pcb industry is fast-paced, and the push to produce PCB assembly faster and cheaper continues. This aggressive pace has led to PCB design rules conflicting with component requirements. A disconnect between designers and manufacturing causes these rules to be followed blindly, eliminating opportunities to improve performance.

These issues require the designer to be aware of potential problems and pitfalls to avoid them. This guide discusses some of the challenges specific to RF and microwave circuit design and some suggestions on how to deal with them, covering everything from essential design tips to practical recommendations for high-volume RF assembly. 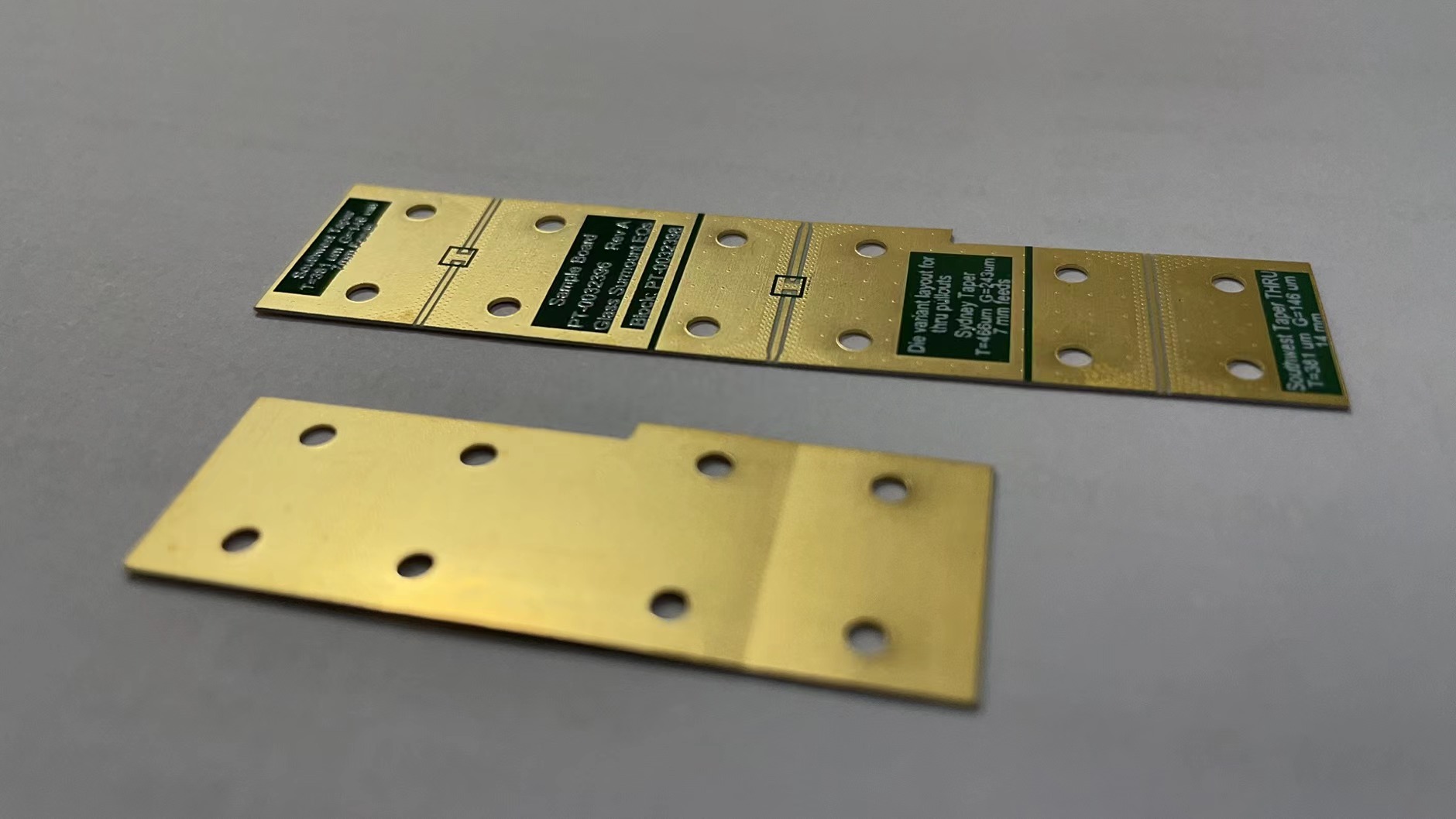 Here are some of the pitfalls of this process in an attempt to prevent them from happening.

Components should be placed as close to the center of the RF and microwave PCB board as possible. This minimizes parasitic inductance, which can degrade performance at higher frequencies. Components should also be placed as close to their mating connectors as possible. This decrease coupling between traces and improves signal integrity. For example, if you are designing a high-speed digital interface board, keeping traces on opposite sides of the board at a minimum distance from each other is crucial. This minimizes crosstalk between signals on different layers of the RF and microwave PCB board.

Grounding is a critical aspect of any electrical circuit. If there are any poor grounds in your RF and microwave PCB design, you may end up causing interference to other circuits or even damage your circuit. For instance, if you have a trace running along both sides of your RF and microwave PCB board, then one side may have a better connection than another side (due to different environmental conditions). This can cause problems. To avoid this situation, ensure that all traces are well-grounded throughout their length by using multiple vias and thick traces.

Routing paths can be optimized to reduce noise by eliminating vias (interconnection points) in areas that are not needed. Vias are often used as ground planes that help reduce radiated emissions from aboard. However, vias can also act as antennas if they are located near a high-impedance point on the RF and microwave PCB board, such as power supply lines. In this case, they may radiate electromagnetic energy into free space or other nearby conductors such as traces or cables the ground plane.

Loop areas cause signal degradation due to their high impedance compared to linear traces. So minimize loop areas by using multiple vias instead of single vias where possible, or place them as close as possible to component pads so that there is a minimal length between them and component pads that need to be connected with a via in your RF and microwave PCB.

The more layers you add to your RF and microwave PCB board, the more copper surface area will be available to dissipate heat and provide current return paths. This means that multilayer boards are ideal for high-frequency applications such as RF/microwave systems, where it is essential to dissipate heat efficiently while maintaining a low impedance return path for high-frequency currents such as those found in antennas.

An antenna's loss of the return signal is a significant consideration in RF and microwave PCB design. The return loss of any RF and microwave PCB board is defined as the power ratio between the forward and reflected waves at a given frequency. In an ideal situation, this value should be greater than -20 dB across all frequencies of interest. However, in practice, you should consider -10 dB as a minimum requirement for most applications.

Leakage currents can also cause considerable losses by reflecting signals into their source circuit or radiating them out into free space, causing interference with other devices on your RF and microwave PCB board or your system.

The most important factor when choosing a PCB laminate is ensuring it is compatible with your RF and microwave PCB design requirements. For example, if you need high-frequency performance, you will likely want to select a high dielectric constant material such as Rogers Core or Rogers 3705 PTFE laminate. However, if you do not need high-frequency performance, a lower k-factor material such as FR4 may be sufficient for your needs.

Transmission Lines and Vias with your RF and microwave PCB

The primary purpose of transmission lines is to reduce signal reflection during the transition between two devices on a RF and microwave PCB. To do this, you must ensure no discontinuity in the line that could cause reflections or standing waves. This requires careful design planning when placing components on your RF and microwave PCB board layout and choosing the right transmission line design for your application.

Coaxial cables are used for high-frequency applications up to 40 GHz since they can handle high currents with little loss over their entire bandwidth range. Coaxial cables are usually made from copper wire but other RF and microwave PCB materials such as silver-plated copper can also be used depending on the frequency band and power requirements of the application.

Microstrip is the most commonly used transmission line. It consists of a ground plane on one side and an elevated signal trace on the other side of the RF PCB laminate. The ground plane should be wider than the signal trace, so there is no interaction between them. The thickness of the dielectric layer should be a minimum of 1/4 inch thick for millimeter-wave frequencies and 1/2 inch thick for UHF or higher frequencies. At lower frequencies, you can use thinner dielectrics such as FR-4 or Rogers 4350 without increasing losses due to fringing fields between the ground plane and the signal trace.

Stripline is similar to microstrip except that it has no ground plane on one side or both sides of the RF PCB laminate. It has less loss than microstrip because there are no fringing fields between two conductors. Stripline is often used when high-speed signals must be transmitted over long distances without causing reflections from impedance mismatch at bends in the stripline or connectors mounted on its ends.

The power plane clearance is the distance between two conductive layers. The purpose of designing such a clearance is to reduce the unwanted coupling between different signal layers or between a signal layer and ground plane or reference plane. It also limits interference between neighboring traces and prevents crosstalk between adjacent signal layers. It also helps to avoid arcing or sparking at sharp corners, which is dangerous and affects the circuit's performance.

The minimum recommended clearance for a power plane is 0.15 mm from any other signal layer, including vias on that same layer. For example, if there are two signal layers in close proximity, then you should make sure that there is at least 0.15 mm between them so as not to cause any interference problems between them due to capacitive coupling or inductive coupling effects from nearby vias or traces on these two layers.