Modern industries are getting more digitized by the day. This is why we need to be on-boarded all the high-end technology available. More and more, businesses turn to PCBs to make electronic devices. This is further substantiated by the fact that some of the world's biggest brands choose High-Density Interconnect (HDI) as their primary PCB option. 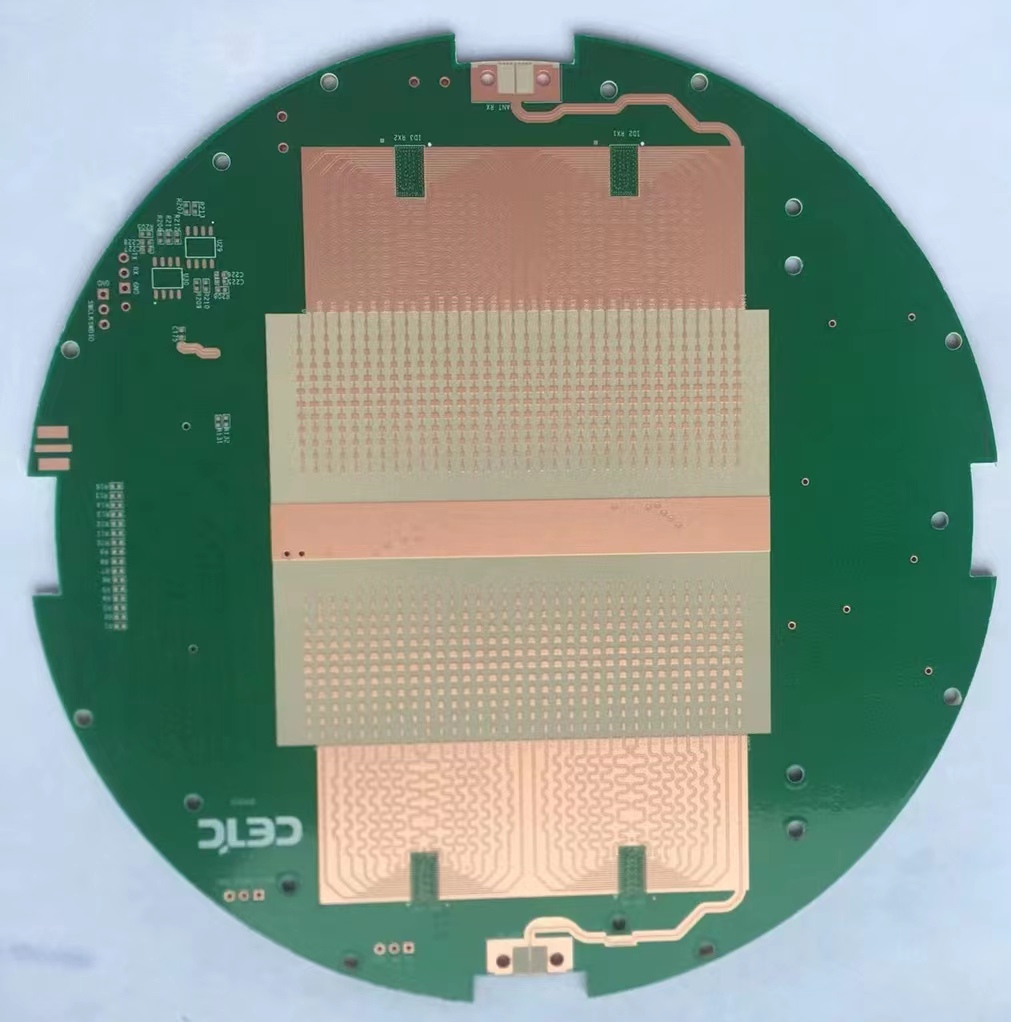 High-density interconnects PCBs are becoming more and more common in the electronics industry. With their small form factor and high packing density, they are a widely adopted alternative to standard multilayer PCBs. They have certainly made their way into the e-bike sector, which has greatly benefited from this technology. The smaller size allows for sleeker bikes, lighter weight, and reduced production costs. HDI boards are used for anything you can imagine needing a smaller combo of electronics on a board. The option to market your company with smaller and more advanced electronics can be a game-changer in this industry.

However, choosing a PCB type can be confusing if you are not familiar with the options available, so we have created a list of reasons to consider HDI PCB.

Why You Should Choose HDI PCB for Your PCB Needs

HDI PCB is a multilayer printed circuit board (PCB) having two or more layers of copper foil laminated to one or both sides of a non-conductive substrate. HDI PCBs are used where electromagnetic interference (EMI) and radio frequency interference (RFI) suppression are required. These boards consist of an inner layer of copper on an epoxy glass substrate with an outer layer of copper bonded to the inner layer. This copper sandwich is then laminated between two sheets of FR4 material, with the top and bottom layers covered in a solder mask unless the customer gives other specifications.

HDI PCB has better transmission performance than other PCBs because of its internal structure. The internal structure of HDI PCB is made up of through holes and vias. These two components are connected using a special adhesive material to prevent electrical interference between multiple layers on the same board.

Moreover, the core layer of HDI PCB is made of copper foil, the best material for high-frequency transmission. In addition, the impedance matching between different layers in HDI PCB can be controlled by adjusting the thickness of the core and outer layers. Therefore, HDI PCB can greatly reduce the impedance mismatch between adjacent layers and improve signal transmission performance.

HDI PCBs have higher thermal conductivity than FR-4 boards, which means they can dissipate more heat from components and operate at higher speeds without overheating. They also prevent the formation of hot spots that could lead to failure in your circuit board. These boards are typically used in applications where the heat generated by the components must be dissipated quickly. For example, HDI boards are commonly used in servers and other high-end computing systems because they can handle the large amounts of heat generated by processors and memory modules.

Traditional PCBs are made by placing copper traces on a flat piece of fiberglass, then soldering components onto those traces. This design makes it difficult to fit many components onto a single board. HDI PCBs use copper traces sandwiched between two layers of insulation, allowing designers to place components closer together than ever. This makes it possible to fit more functionality into a smaller area without sacrificing performance or reliability.

Because they are so flexible, HDI PCBs can be bent around corners or otherwise shaped in ways that would damage traditional circuit boards if you tried to bend them the same way. For example, this allows you to create rounded cases for devices like smartphones and tablets. It also makes it easier to create curved displays, which are becoming increasingly popular thanks to their ability to improve usability for users with vision problems such as astigmatism and myopia.

Unlike traditional circuits made with FR-4 glass epoxy laminate, HDI circuits do not need a protective coating since they are already covered in copper foil that protects them from being damaged by solder paste or other chemicals used during production. This makes them more durable overall and gives them an advantage over traditional circuits when exposed to harsh environments where solder joints are unreliable.

HDI PCBs are lighter than other types of circuits because they have fewer layers of copper tracks, and they use less material overall. In addition, they are made with an inner core that has a higher density than conventional circuits because they do not have any thermal relief areas. The result is an extremely lightweight circuit board with excellent electrical properties. Therefore, they do not put as much strain on the electronic components they contain. This makes them ideal for use in areas where weight is an issue, such as drones and robots that need to fly or walk around freely without any external assistance from humans.

Using copper pillars instead of conventional vias, HDI boards can support more components per square inch than conventional multilayer boards. This is especially important for space-constrained devices with no room for larger components. For example, an HDI PCB can replace several discrete parts on the main board by integrating those functions onto a single layer of copper. This reduces the amount of copper needed to produce an electronic device and can lead to significant cost savings.

Because of their flexibility and reliability, HDI PCBs are much easier to integrate into other devices than traditional circuit boards. This makes them ideal for wearable electronics such as smartwatches and fitness trackers, which can be integrated directly into the device's body rather than requiring additional space within a separate case or enclosure like traditional circuit boards often require.

HDI boards have excellent dimensional stability because they do not rely on an epoxy resin to hold them together like FR-4 boards. They also do not require special handling during manufacturing, which means they can be made in various shapes with different types of connectors without having to worry about damaging their electrical properties or warping due to improper handling during production or shipping processes.

HDI PCBs also improve in their electrical conductivity compared to FR-4 boards. HDI boards have a lower resistance per cubic inch, which increases the current flow through each conductor for more efficient operation. This is especially important when working with high-current circuits like power supplies or motor controllers where current draws peaks during operation, but it also applies to low-power circuits like microcontrollers where efficiency is still important even under light loads.

HDI PCBs also offer better electromagnetic interference (EMI) resistance than FR-4 boards because they're thicker and have more layers of copper foil between insulator material layers such as glass cloth or epoxy resin. This helps prevent EMI radiation from entering the board, thus preventing it from disrupting sensitive electronic components.

HDI boards can be manufactured much faster than FR-4 boards. This is mainly due to their larger size and the fact that they can be fabricated using several different methods (such as through-hole drilling and wire bonding). The result is a shorter turnaround time for finished products that require HDI PCBs due to their speed of manufacture and better thermal performance than FR-4 boards.

HDI boards use advanced patterning techniques that allow for more complex designs than traditional FR-4 boards. This allows you to combine several different layers into one board without increasing its thickness or reducing its durability. This means that you can create an HDI board with multiple layers of copper foil, which increases its thermal conductivity even further.

The most advanced HDI PCB manufacturing techniques use metal-filled vias with embedded copper traces or embedded ground planes to increase thermal dissipation capabilities. Metal-filled vias help reduce manufacturing costs while increasing durability and reliability by providing a solid electrical connection between layers in a single-sided or dual-sided HDI board design.

HDI boards also have lower surface resistance than FR-4 PCBs, which helps prevent current leakage from high voltage traces to the ground or other low impedance areas on the board. This is especially important when using high-speed signals such as those over 25 MHz because any trace impedance will limit how fast those signals can travel. Low surface resistance helps ensure signals travel at full speed through your circuit board without losing signal integrity during transmission.

We hope this guide has outlined the most relevant reasons to choose HDI PCB when you need copper circuit boards. If you are building from scratch and need a custom PCB design and layout work, we strongly recommend going for HDI PCB. With HDI PCB, your project will likely be consistent with the highest reliability and other significant factors while giving you maximum control over your board's design.

Moreover, to get a high-quality HDI PCB manufactured, check out Hemeixin. Each part of our PCB has been perfectly planned and engineered to give you an excellent product. Our commitment is to help you achieve your desired results in the most efficient way possible. Whether helping you with a simple prototype or a fully customized PCB board, we ensure that your result will be exactly how you want it.